The ceremonial groundbreaking for the mixed-use project E.co East marks the first significant new development in east Decatur in over a decade. 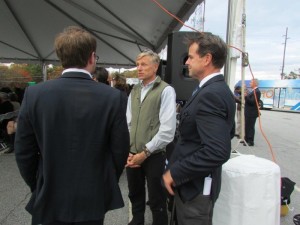 “This is a real catalyst, a jump start,” said architect Jack Honderd, one of three principal partners of East Decatur Station.

EDS opened in 2004, and in the duration he partnership has accumulated 35 acres from New Street to Sams Street that have mostly remained unchanged at light industrial.

Honderd believes that several factors may now collaborate to change that. E.co East, with a proposed 378 market rate apartments, 92 affordable senior apartments and 22,000 square feet of retail/restaurant is one.

For more… read from AJC… http://www.ajc.com/news/local/east-decatur-station-partner-calls-new-development-real-catalyst/VOYkmXlt0c53N2KXwpFp3I/

“Founder and owner Shannon Smith said SoulShine is a nontraditional organization that offers daycare, preschool, after school classes, and seasonal camps with an emphasis on connection to the earth. The organization was founded 11 years ago by Smith and a group of dedicated parents who came together to bring the concept to reality. “The community started SoulShine,” Smith said. 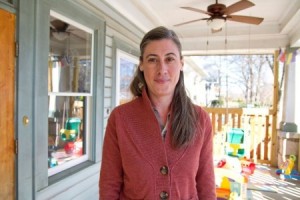 At the time, Smith had been working at another local after school program, and when she decided to part ways and start her own school, a group of roughly 25 parents and their kids followed suit. Over the course of one winter break they came up with the name, found a space, and worked with the city to gain the appropriate permits. The outpouring of support enabled Smith to have a program ready almost immediately, and it was an instant boon to the success of the school.”  For the entire article from Atlanta Intown, go to… http://www.atlantaintownpaper.com/2016/04/soulshine-programs-teach-sustainability-to-children/

SoulShine will have new location coming soon to the ACME building at 525 West Howard Avenue.

The grand opening for IDC’s tasting room—located at 731 E College Ave—occurred on Saturday, Feb. 20, 2016! They now host tours and tastings from 2 to 4 p.m. on Saturdays. For more information visit http://www.independentdistilling.com/

The ability to have a tasting room for Georgia alcohol production companies has been an “evolving” process, said Tommy Williams, co-owner of IDC. For the most part, Williams said, state regulations over local alcohol companies keep “moving in the right direction.” 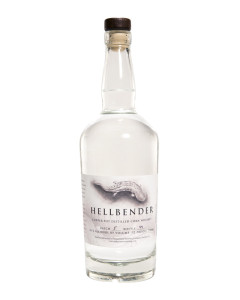 IDC’s building sits next door to the Blue Tarp Brewing Company and a hop, skip and a jump away from Three Taverns Craft Brewery. Williams called the area “alcohol alley,” and said, “Everything you need to know about the alcohol industry is here.”

For the entire article, go to http://www.decaturish.com/2016/02/decatur-independent-distilling-company-plans-grand-opening-of-tasting-room/ 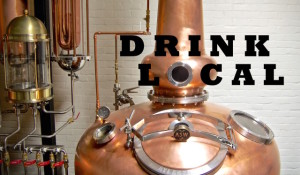 For more information on how they taste, and where to find, read the entire Creative Loafing Article….  http://www.clatl.com/food-drink/article/13087778/drink-local-independent-distilling-co-rum  OR…  http://www.independentdistilling.com/

For the full article, see… http://www.clatl.com/food-drink/article/13083605/three-taverns-takes-over-sweetwater-space-at-hartsfieldjackson 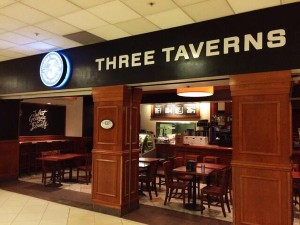 HiQ Cosmetics facial serum is worth the $125 price tag

HiQ Cosmetics, tenants in the ACME building located at 533 West Howard Avenue, Suite C2, has a skincare line that is worth the extra cost.  Here is a review in Atlanta magazine…

” Would you pay $125 for a beauty product that comes in a bottle the size of a shot glass? I wouldn’t have pegged myself as the type, but after testing the new facial serum from HiQ Cosmetics, I handed over my credit card. The Decatur-based skincare line is the brainchild of chemists Patrick Pickens and Holly Carpenter, who launched HiQ last fall after leaving their respective posts at the CDC and the University of North Georgia (where Carpenter taught chemistry and researched skin proteins). The serum is free of parabens and petrochemicals, blending green tea extract with pure CoQ10, an antioxidant that promotes cell growth and, according to HiQ, helps prevent age-­related damage. After a few days using the serum, which is orange-tinted (the natural color of CoQ10) and smells pleasantly of mandarin, my skin had grown softer. In a month my complexion had become almost radiant—something other masks, exfoliators, and moisturizers had never managed to achieve.”

This article originally appeared in the May 2016 issue of Atlanta magazine.